The author I have for today is one that I learned about through the blog of Nova Ren Suma, whose books I love.  I am SO thrilled that she featured this author because when I heard about the book I knew I had to read it and then when I decided to do this feature I knew I had to ask her to be a part of it.  The author is Camille DeAngelis!

Peace, Love, Teen Ficiton:  We’ll start off with an easy question; give me a summary of Bones & All in up to 10 words.

PLTF:  Your main character eats people, if it’s not too much of a spoiler how did come come about doing that?

CDA:  I kept thinking about cannibals in love, what a hilarious paradox that would be, and Maren and Lee's relationship grew out of that. I heard Maren's voice in my head while I was in the shower one day (as you do...), and from then on I found myself not so much writing as exorcising her story.

PLTF:  You are a vegan, which means no meat, so why did you end up writing about someone who eats the most taboo meat of all – human?
CDA:  This is a question I hope a lot of people will ask as they're reading the book. At first it seems preposterous to compare eating animal flesh with consuming human flesh, but lately I keep reading novels in which the narrator is involved in some sort of war, men are set on fire, and the narrator thinks (half in horror, half hungrily) that the burning flesh smells like roasting meat. (The two examples I'm thinking of are the third installment in Patrick Ness's Chaos Walking trilogy and Diana Gabaldon's latest Outlander novel.)
I only realized after I'd completed the first draft that Bones & All is ultimately about how our culturally sanctioned eating habits make predators of us all. I'm not a judgy vegan, but I'm not going to pull any punches either: I feel really good about the fact that I am no longer a flesh eater.

PLTF:  I have some insider information (wink wink) that tells me this book has some paranormal/supernatural elements to it, what can you tell me about that?

CDA:  Fortunately we're not actually spoiling anything here, because you find out on the first page how Maren eats people. Even if you are a cannibal, you can't possibly gobble someone up (yes, bones and all) in seven to fifteen minutes!
Funny side note: in early 2013, while I was revising the manuscript at a residency at Hawthornden Castle in Scotland, I read an excerpt to the group after dinner one evening. One of my fellow writers (who is also a physician) asked, very earnestly, “How can she possibly consume that many calories?” To which I replied, “Colin, you are overthinking this.”

CDA:  Always my favorite question! At the moment I'm working on revisions for my next (adult) novel, Immaculate Heart, which is coming out in 2016. Once I've submitted that revision, I'll go back to writing my second children's novel, which is set in post-Revolutionary Providence and has three very lovely ghosts in it.

2.     If you were a character in your book would you survive? I might not, actually! While all but one of Maren's victims are male, I am a very affectionate person. (This will make sense when you read the book.)

4.     Favorite Halloween candy? Used to be candy corn, but I haven't had it since I went vegan. I found this recipe [http://pursuitofhippieness.com/2011/09/23/vegan-candy-corn/] but I never got around to trying it last year. I'll have to bake a double batch this year to make up for it!

5.     What were you last year for Halloween or what do you plan on being this year?
I'm not sure yet about this year, but last year I sewed a red cape and put on face paint to become a Sister of the Sibylline from Doctor Who (season 4, the Pompei episode). You can see pics here: http://www.cometparty.com/2013/10/doctor_who/

This or That
1.     Cannibals or zombies? YOU CAN'T MAKE ME CHOOSE. Maybe cannibals should be scarier, but it's the zombies who (“who”?) give me nightmares. (No joke—I had to stop watching The Walking Dead.)

3.     Mother or father? Well, seeing as she went to the trouble of giving birth to me, I'd have to say Mother. (She'll love this part, by the way.) 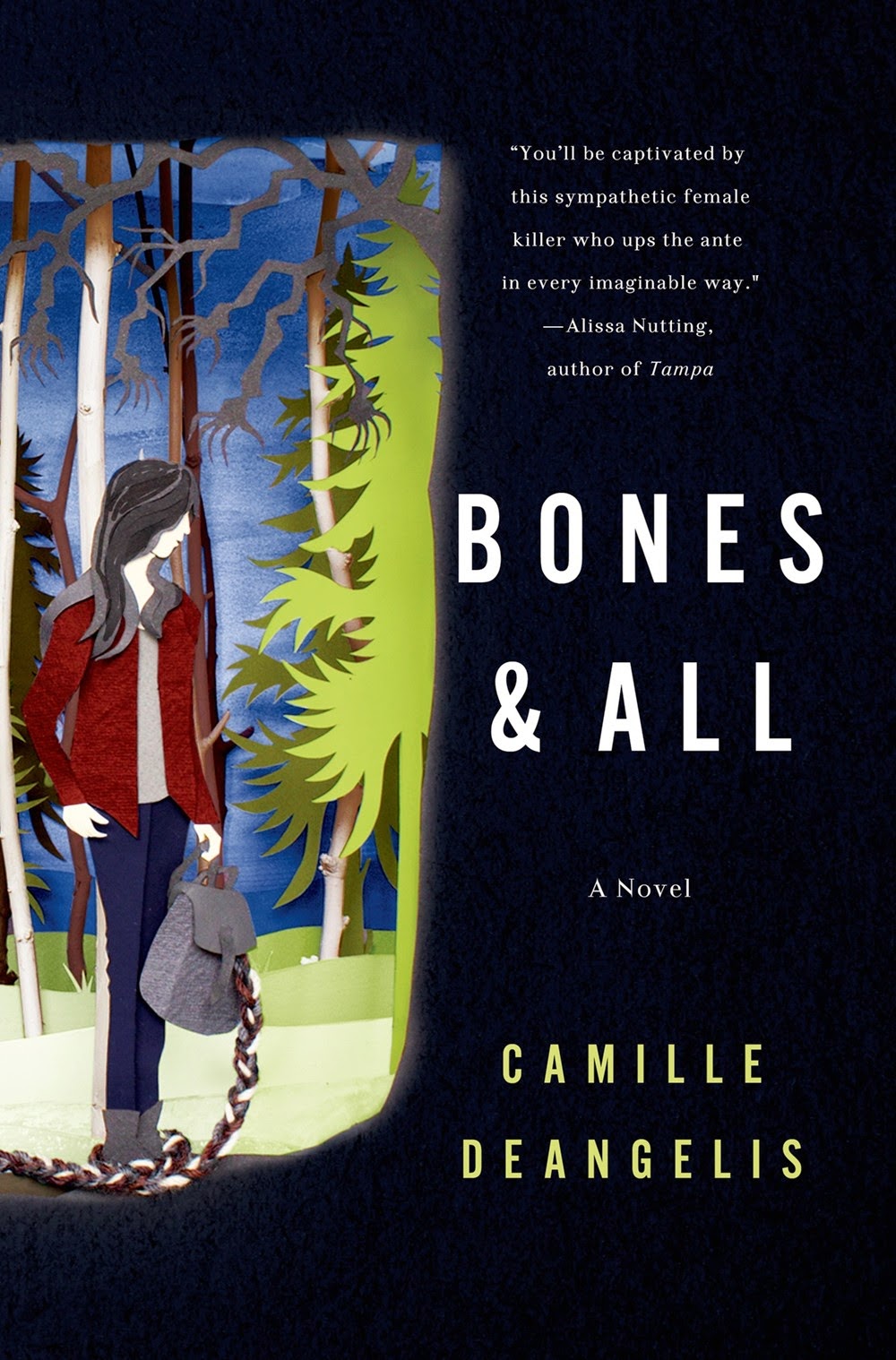 Maren Yearly doesn’t just break hearts, she devours them.
Since she was a baby, Maren has had what you might call "an issue" with affection. Anytime someone cares for her too much, she can’t seem to stop herself from eating them. Abandoned by her mother at the age of 16, Maren goes looking for the father she has never known, but finds more than she bargained for along the way.
Faced with love, fellow eaters, and enemies for the first time in her life, Maren realizes she isn’t just looking for her father, she is looking for herself. The real question is, will she like the girl she finds?

*Note:  This book is being published as an adult novel but the protagonist is indeed 16.  It's being marketed as a crossover!
OUT MARCH 10, 2015

Find Bones & All on 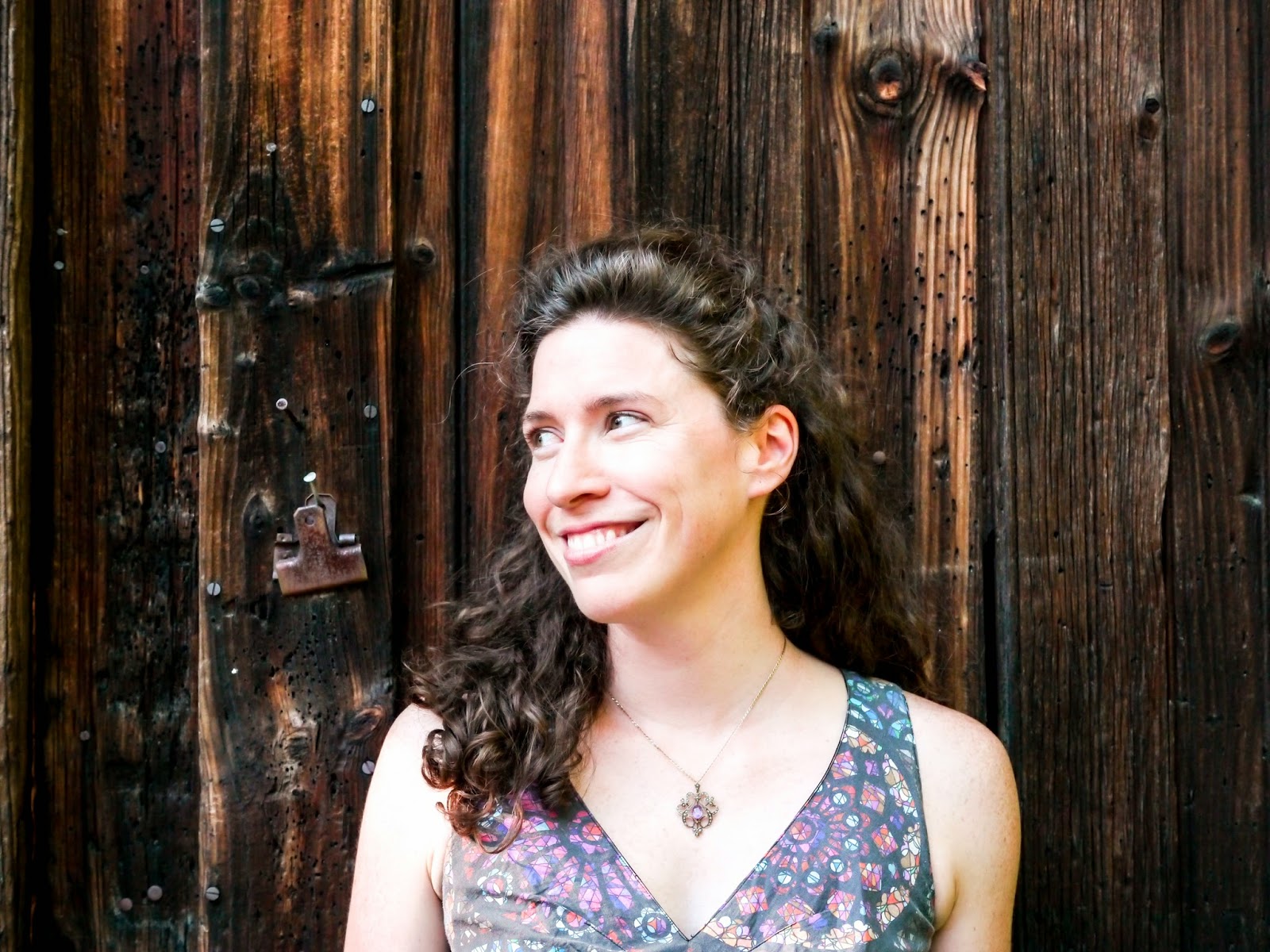 Camille DeAngelis is the author of Bones & All (St. Martin’s, 2015), Petty Magic: Being the Memoirs and Confessions of Miss Evelyn Harbinger, Temptress and Troublemaker (Crown, 2010), and Mary Modern (Crown/Shaye Areheart, 2007), as well as a first-edition guidebook, Moon Ireland (Avalon, 2007). She is a graduate of New York University (B.A. in Fine Arts, minor in Irish Studies, 2002) and the National University of Ireland, Galway (M.A. in Writing, 2005). Her fourth novel, Immaculate Heart, will be published by St. Martin’s Press in 2016.
A longtime vegetarian, she went vegan in April 2011, and in June 2013 became a certified vegan lifestyle coach and educator through Victoria Moran’s Main Street Vegan® Academy. She is also planning to receive her yoga teacher training in 2015.
Originally from New Jersey, Camille now lives in Somerville, Massachusetts.
Find Camille on

Here is the interview I was talking about in the opening.

Camille has offered up a copy of one of her previous books (presumably signed) to one person!  The giveaway is INTERNATIONAL and will run for two weeks.  All you have to do is enter the rafflecopter giveaway below!  (Also stay tuned because I'm reading Bones & All right now and unless I hate it there will be a giveaway for it at some point in time here on the blog!) 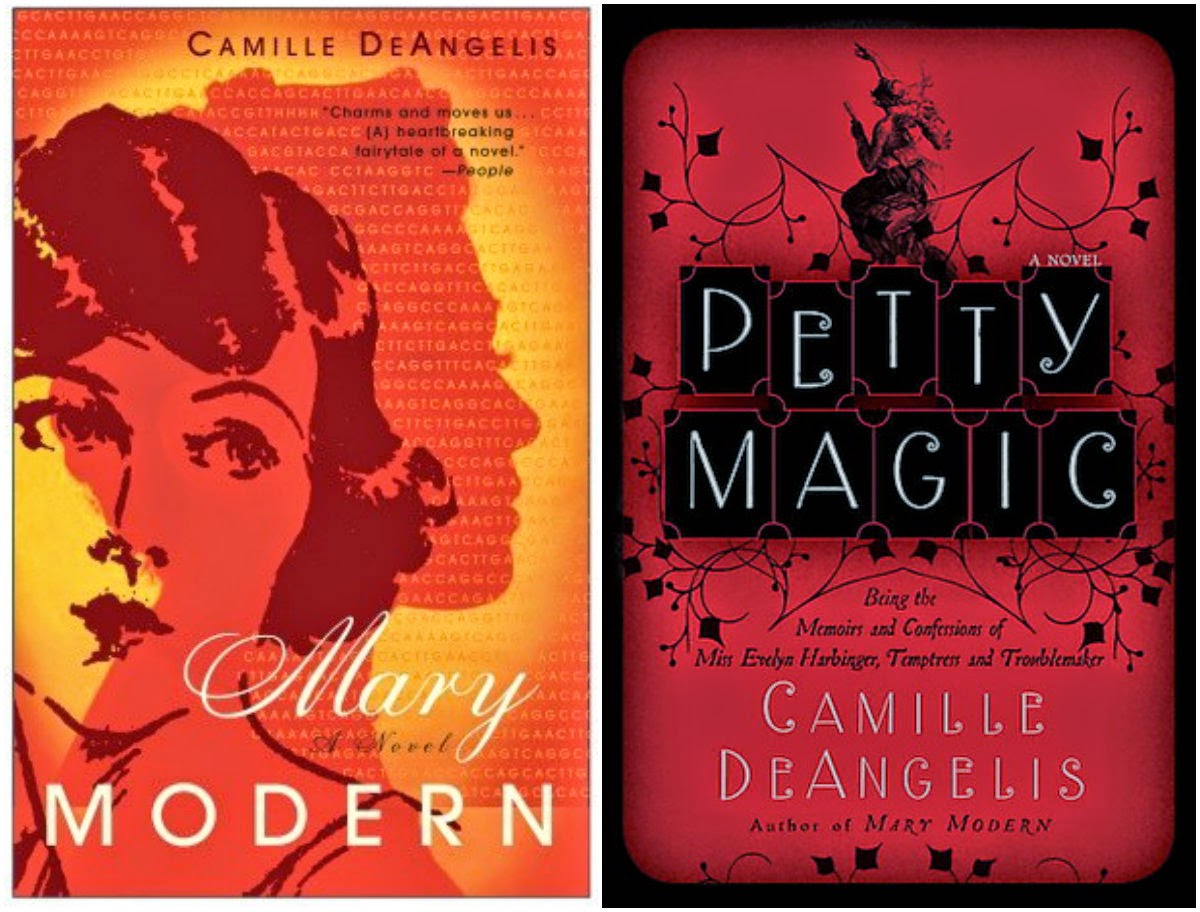 *Note: Both of these books are adult novels with adult protagonists but Camille has said there is YA crossover in terms of audience, especially in Pretty Magic