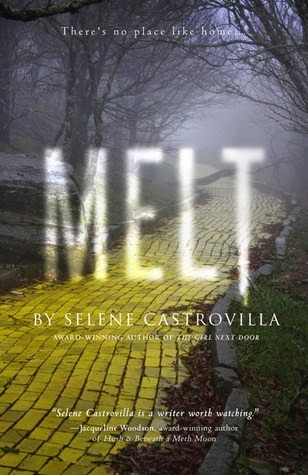 Usually I do not read self published books but when I was just starting out as a blogger an author sent me a copy of her newest YA novel for me to read, and being who I am I decided to read it.  What I found was a really good, emotional novel that I would never have found if I hadn't taken that chance, so when that same author asked me to read her upcoming YA release I decided that I would take that chance again.  When it comes to books with difficult subject manners (this one deals with child abuse and drug and alcohol abuse) I usually find that it takes me a while to get through them because they're so intense.  Now, while this book is intense, quite intense actually, I didn't find it difficult to read at all.  In fact despite the slightly strange formatting (which might have been because it was an early uncorrected copy) and jarring voice of the male POV (which made sense in terms of the story) it was a really quick read.  I found that the pages just flew by and I was invested in what was going to happen to the characters next.  I also loved being able to see things from both character's POV, and trust me when I say there was no mistaking one character for another, which I know can be a big problem for some people.  There was one thing that was slightly irritating but after thinking about it I realized that for the character it made sense.  That was the fact that the female character seemed a little young, but like I said after giving it some thought I realized that it wasn't as big of a problem as I thought it was, that it fit with the idea of the character.  Overall I was very pleased with this book and I'm interested in seeing what happens to the characters next.  Like I said I don't rarely read self published books, and even rarer do I recommend them to people, but this book managed to touch me in just a way that makes me think I will be thinking about it for quite some time, and on top of that it's a quick read that sets itself apart from other things that are currently on shelves.

*Thanks to Selene for providing me with an early copy of this book in return for an honest review.
Posted by Anna at 6:31 PM 3 comments: 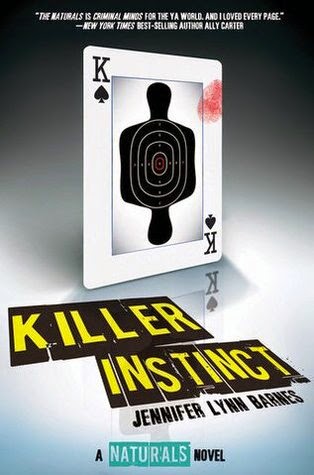 There's almost nothing I love more than a good murder mystery, whether it be on TV, the big screen, or on a page, so last year when I heard about a book that was basically Criminal Minds with teenagers I knew I had to read it.  I devoured the first one and was very pleasantly surprised by the novel as a whole and the fact that I didn't see who the killer was from page one, so when I heard there was going to be a second book in the series I knew I had to get my hands on it.  So often I find that the second book in a series inevitably leads to heartbreak one way or another but that, thankfully, didn't happen.  Dare I say it I think that I actually enjoyed this book more than the first one in the series.  Everything was ramped up in this sequel, the romance, the intrigue, the death, and the gore. With the consequences of the first book really starting to show up at the very beginning the stage is set for a novel that could very well have ended up being a flop but with Barnes introducing a character we had only just heard about in book one everything changes and gets much, much darker.  Again we got to see inside the mind of the killer and look through their eyes as they methodically carried out their plan, but we also got a glimpse of a killer behind bars who, arguably, could be one of the top serial murderers in the YA world (and might be able to hold that title in the real world as well).  I think it's also important to point out that while this book could have been so dark Barnes managed to keep it light with her entertaining cast of main characters who we get to learn more about.  Overall I'm ridiculously pleased with the outcome of this book and would recommend it to anyone who has a thing for YA and criminal dramas (especially Criminal Minds).  As for the rest of the series I hope that there will be at least two more books (although if we're being honest there's probably only going to be one more), but regardless of how many books there are left I can't wait to return to this world with these characters because even the ones I disliked I still wound up liking!  Bravo Barnes for a great second-in-a-series novel, and I do believe you have found your calling writing YA murder mysteries!

*Thanks to Disney-Hyperion for providing me with an ARC of this book in return for an honest review
Posted by Anna at 8:44 PM No comments:

Email ThisBlogThis!Share to TwitterShare to FacebookShare to Pinterest
Labels: 4.5, ARC review, second book in a series, YA thriller

The month of October is finally over, and with it the first ever YA horror/thriller Spooktacular!  There were 22 days of interviews and just about as many giveaways, some of which are still running so be sure to check those out!  What I have for you today, the day after Halloween, is a list of other books to check out if you, like me, are a fan of the horror/thriller genre.  These are books that came out earlier this year or will come out next year but for whatever reason I was unable to get an interview with the author, or a reply for an interview.  Just because I wasn't able to feature these authors I think their books sound interesting enough/were good enough that I think you should all check them out as well, and at the very bottom there's a small list of pre-2014 YA horror/thriller books to check out too! 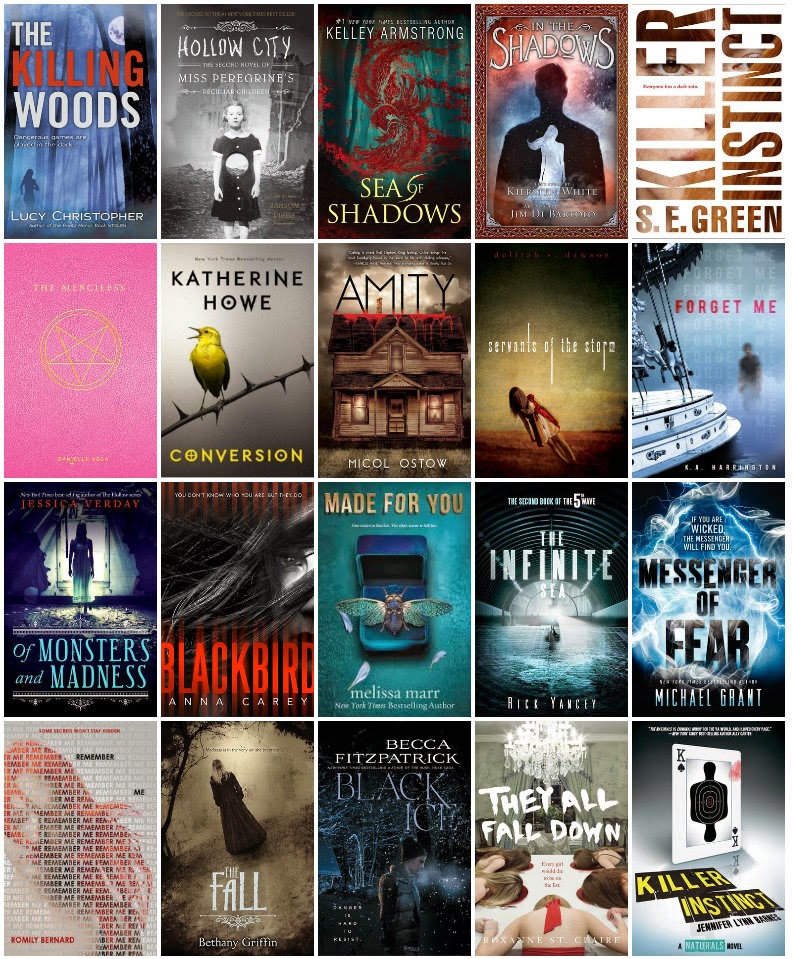 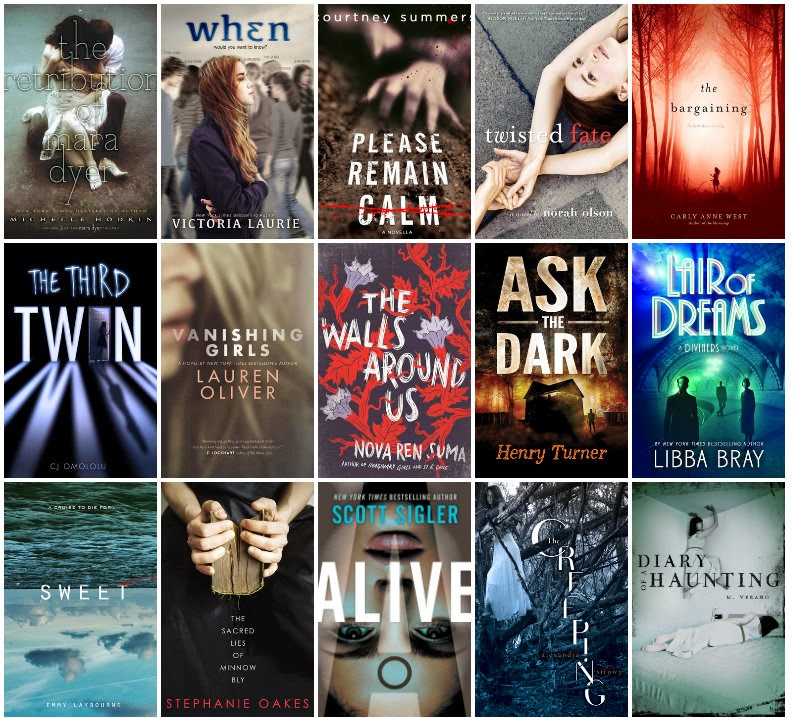 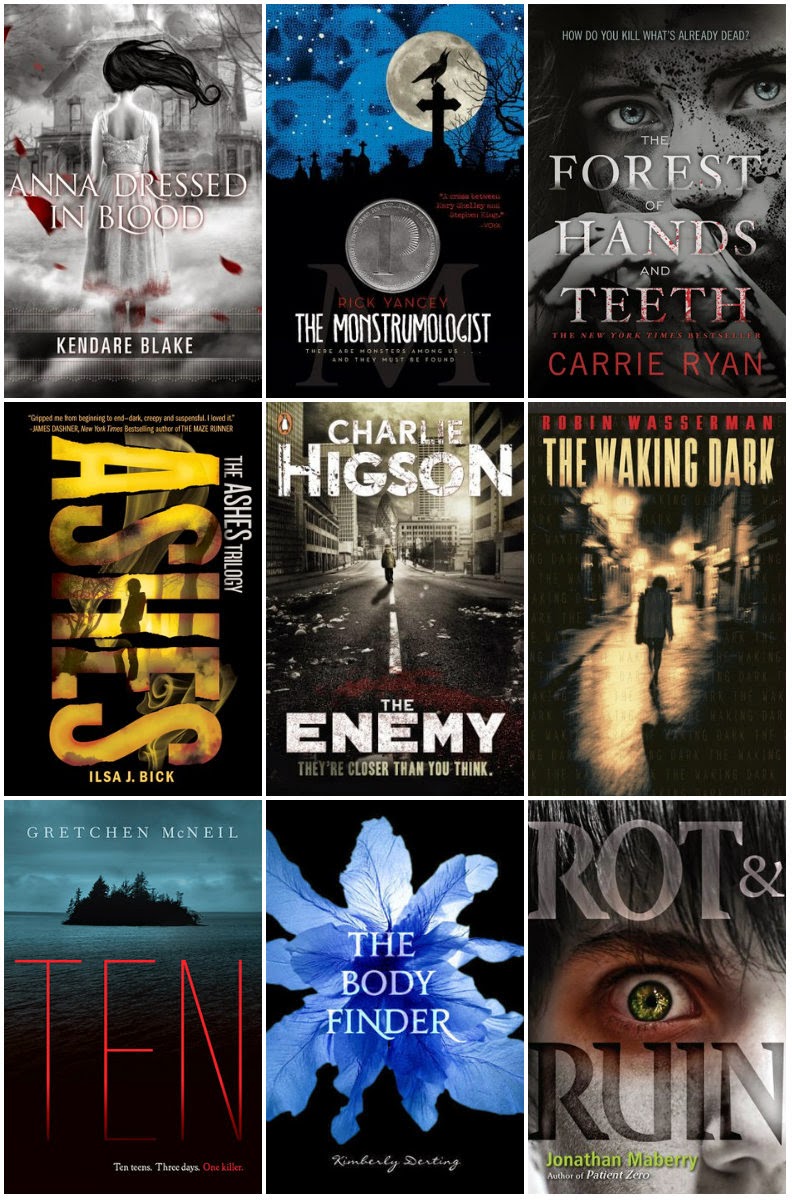 Thank you so much to everyone who has taken part in this year's YA horror/thriller spooktacular and like I said above be sure to check out the remaining open giveaways, many of them run for at least another week and are ARCs of books that won't be out for several months yet!  Leave a link with a YA horror/thriller book I may have missed/that you loved for an extra entry in the giveaway from the very start!
Posted by Anna at 8:30 AM 4 comments: