Review - I Was Here 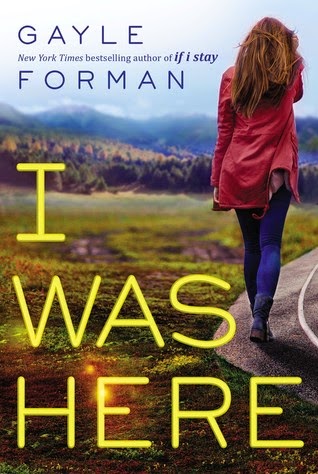 Cody and Meg were inseparable.Two peas in a pod.Until . . . they weren’t anymore. When her best friend Meg drinks a bottle of industrial-strength cleaner alone in a motel room, Cody is understandably shocked and devastated. She and Meg shared everything—so how was there no warning? But when Cody travels to Meg’s college town to pack up the belongings left behind, she discovers that there’s a lot that Meg never told her. About her old roommates, the sort of people Cody never would have met in her dead-end small town in Washington. About Ben McAllister, the boy with a guitar and a sneer, who broke Meg’s heart. And about an encrypted computer file that Cody can’t open—until she does, and suddenly everything Cody thought she knew about her best friend’s death gets thrown into question. I Was Here is Gayle Forman at her finest, a taut, emotional, and ultimately redemptive story about redefining the meaning of family and finding a way to move forward even in the face of unspeakable loss.

Several years ago I read Forman's award-winning novel If I Stay, and unlike almost everyone else I wasn't blown away by it, but I did thoroughly enjoy it.  Although this book hasn't hit shelves yet most of its praise has been along the lines of If I Stay so there's no doubt in my mind that fans of that book will just eat this one up too.  The writing was truely beautiful, with several quotes that I can see being made into beautiful pieces of artwork or even tattoos.  The story was reminiscent of Jandy Nelson's The Sky If Everywhere in the sense that it delt with trying to move past the death of a loved one while at the same time keeping them close.  It was fascinating watching Forman weave her story and even more interesting that she managed to add a hint of mystery and love to the mix.  The characters were well rounded and while they did some things that irked me there was a logical reason for them to do it, so I was able to forgive the act more than I would have if it had just been for the sake of the plot.  Overall it was a touching story of a girl coming to grips with the suicide of her best friend, along with uncovering the reasons that she decided to go down that path and learning to forgive herself for what happened.  All of that being said for some reason there was just something that didn't click with me.  I appreciated the characters and the plot, was blown away by the writing in places, and was intregued enough to plow right through the book, but despite all of that I didn't connect with it the way so many people seem to have.  Please though, if you are excited for this book and/or are fans of Forman's previous works pick it up.  Just because I wasn't hit the way so many others were doesn't mean that you won't be (for some reason Forman's books don't give me all the feels like they do to everyone else), but I still think this is a powerful book because it does what so many books are afraid to do.  And that's talk about a tough subject.  It talks about a subject that so many people won't touch and it does it in such a real way and that makes it SO IMPORTANT.  So go pick it up because even though I didn't love it I liked it a lot and it's something that everyone should read.

Review - All The Bright Places 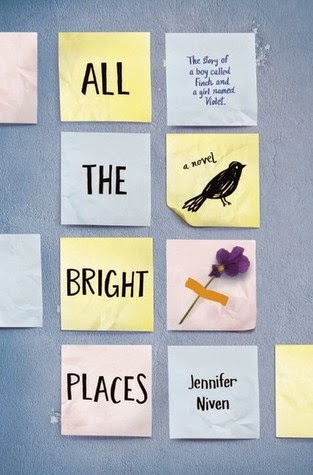 The Fault in Our Stars meets Eleanor and Park in this compelling, exhilarating, and beautiful story about a girl who learns to live from a boy who intends to die.
Theodore Finch is fascinated by death, and he constantly thinks of ways he might kill himself. But each time, something good, no matter how small, stops him.Violet Markey lives for the future, counting the days until graduation, when she can escape her Indiana town and her aching grief in the wake of her sister's recent death.When Finch and Violet meet on the ledge of the bell tower at school, it’s unclear who saves whom. And when they pair up on a project to discover the “natural wonders” of their state, both Finch and Violet make more important discoveries: It’s only with Violet that Finch can be himself—a weird, funny, live-out-loud guy who’s not such a freak after all. And it’s only with Finch that Violet can forget to count away the days and start living them. But as Violet’s world grows, Finch’s begins to shrink.This is an intense, gripping novel perfect for fans of Jay Asher, Rainbow Rowell, John Green, Gayle Forman, and Jenny Downham from a talented new voice in YA, Jennifer Niven.

There have been so many people raving about this book that I was a little worried that it was going to be one of those books that I found overrated but surprisingly that did not turn out to be the case.  By the time I realized this book might end up breaking my heart I was already so invested that I had to see what happened next, so a warning to you all; tears are almost unavoidable.  This should come as no surprise to people though, seeing as the book is comped to The Fault in Our Stars, which is also a tear-jerker, and let me say if you didn't enjoy that book you probably won't enjoy this one.  I say this because I can see a slight resemblance between the "teens who feel too old for teenagers" vibe coming from both of these books, and while some people hate this I found that it lead to some passages that were breathtakingly beautiful.  Something that I think people will enjoy is that the manic-pixie-dream-girl stereotype that seems to come with these kind of books isn't there.  In fact it's more of a manic-pixie-dream-boy kind of thing, which I found quite fascinating.  The energy exerted by the main male character is one of the biggest reasons that I kept flipping pages, I almost felt like I HAD to see what happened next; what he would do next, what he would say next.  There was a feverish pace that I couldn't break no matter how hard I tried.  And I have to give props to the girl because so often in books like this they do everything wrong, but she did everything RIGHT.  When you get to the point I'm referring to you'll know exactly what I mean, and I cannot stress enough how fantastic it was to see that in YA lit.  It just filled me with joy that Niven decided to take her characters down that path instead of the one most traveled.  Overall I was ridiculously pleased with age-group jump into YA and I can already tell this is going to be a big seller.  I found this a fantastic way to bring in the new year and I wish Niven all the best in the sales of this book, they are deserved.  I can't see what she comes up with next.

In Which I Anticipate 2015 + Giveaway

Yesterday I took a look back at my year in books and today, being the start of a new year, I'm going to look forward.  One of the things that make me so excited about a new year is all of the new books that are going to be published and I thought I would take a look at some that I can't wait to read along with a few book-related new year's resolutions!

Here are 15 novels that come out THIS YEAR that I'm excited to read! 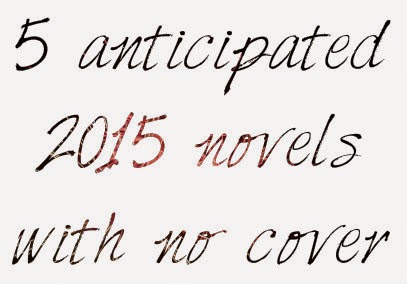 Slasher Girls & Monster Boys edited by April Genevieve Tucholke - I added an extra book because this is an anthology. I love a lot of the authors contributing to this and the idea sounds awesome!

This is not even close to a list of the books I'm excited for to come out in 2015!  Ask me about more of them in the comments, on the facebook page, or on twitter! 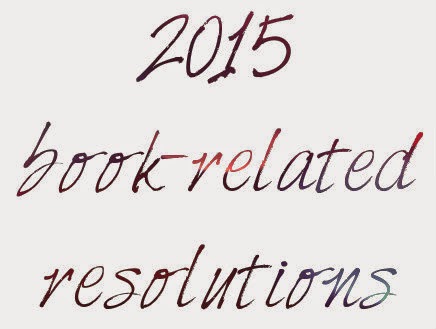 A new year also means some resolutions to go along with it.  I decided that, to hold myself more accountable, I would write down a few of my book-related ones here!  These are in no particular order.

I have extra copies of three 2015 ARCs and so I've decided that one winner will get to pick two of them to keep for themselves!  Below are the three titles I have extra copies of and all you have to do to win is enter via the rafflecopter!  And since this giveaway started a day after the one put up yesterday it will end on the 11th, instead of the 10th!

This giveaway is only open to people with US/Canadian mailing address because I am very broke and international shipping is expensive. Sorry to all of my international followers, there will be more giveaways for you in the future! 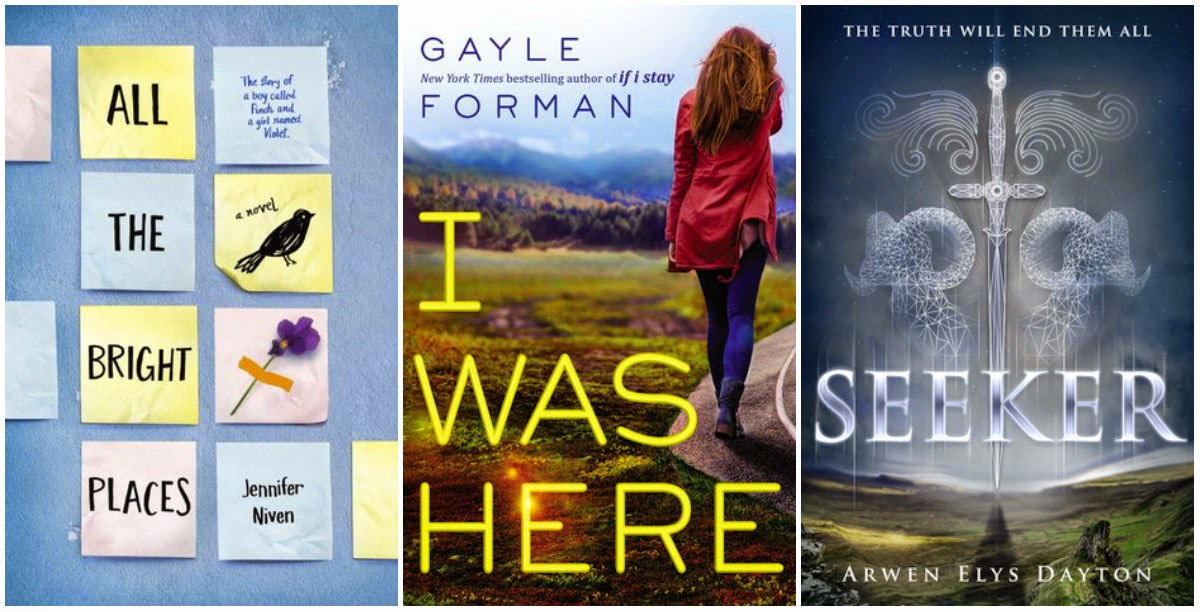 a Rafflecopter giveaway
Posted by Anna at 8:14 PM 10 comments: